Hard to believe it’s taken me this long to write about this project here. It’s actually deeply attached to me emotionally and there’s a lot of history. I’ll get you up to speed, then in further posts on this topic, I’ll get into the future…

I started working with Tim Meadowcroft on his idea for a concept graphing tool that he’d developed and wanted to bring to the world. I was somewhat fresh faced in startup land and frankly, it didn’t end all that well, but I look back on the experience very fondly after all this time. 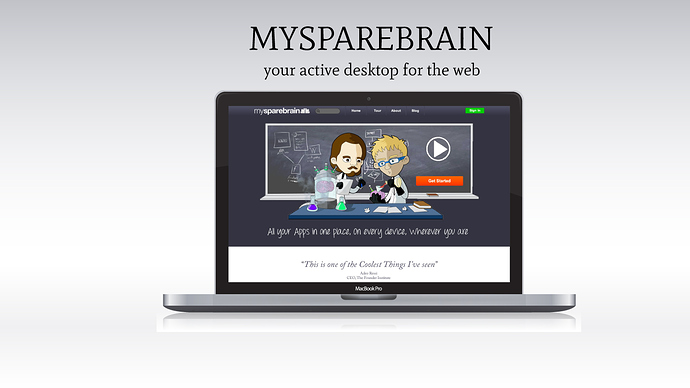 MYSPAREBRAIN IS A REVOLUTION IN ONLINE INFORMATION MANAGEMENT AND IT WILL TRANSFORM HOW YOU COLLECT, ORGANISE AND MANAGE ALL THOSE BOOKMARKS, APPS, TOOLS, LINKS, NOTES, SERVICES, FEEDS AND EVERYTHING ELSE YOU DO ONLINE.

We took Mysparebrain out to the Launch Festival in 2012, the first of two product launches I made there.

At the time, I was a huge advocate of the principles behind the app for a means of managing my personal information repository, but I didn’t know then how critical it would become to my learning process, my workflow and my ability to assimilate knowledge. 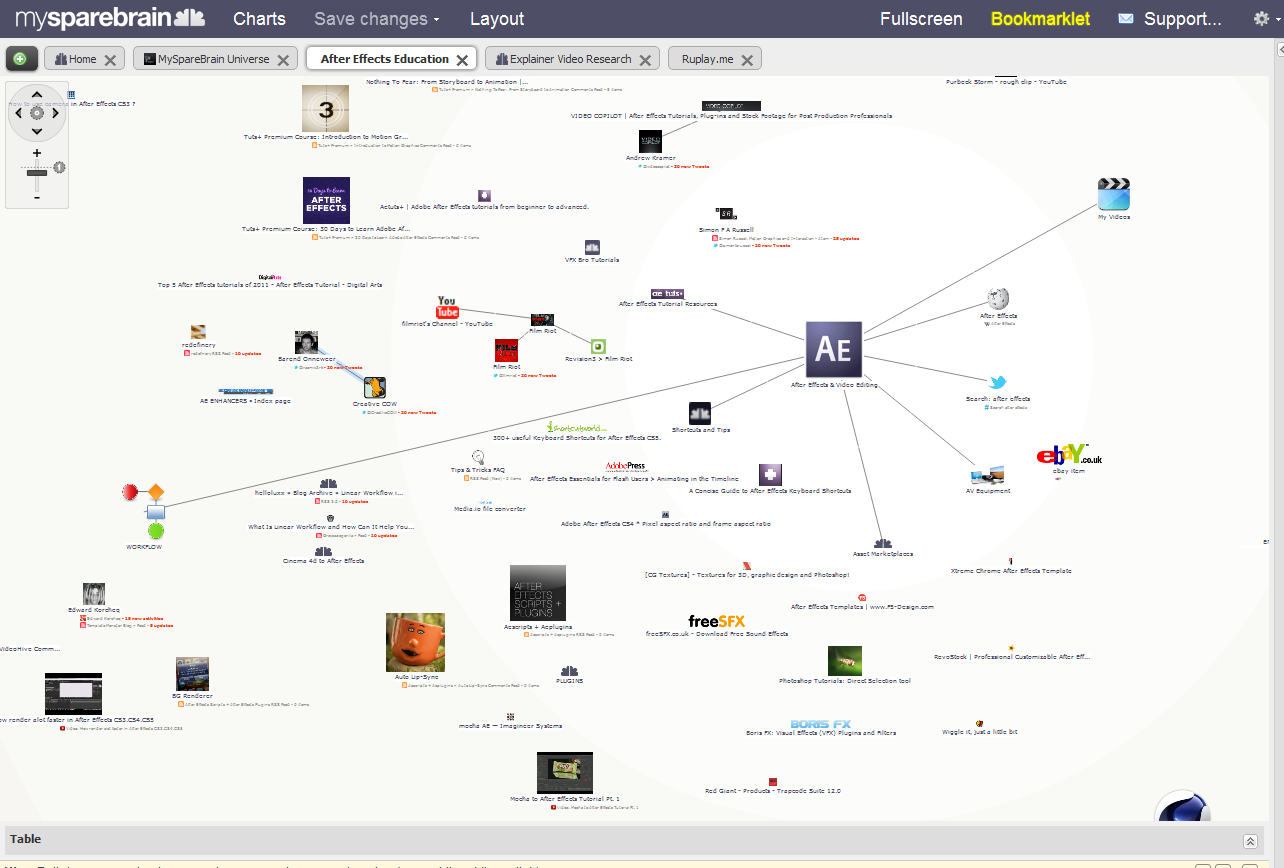 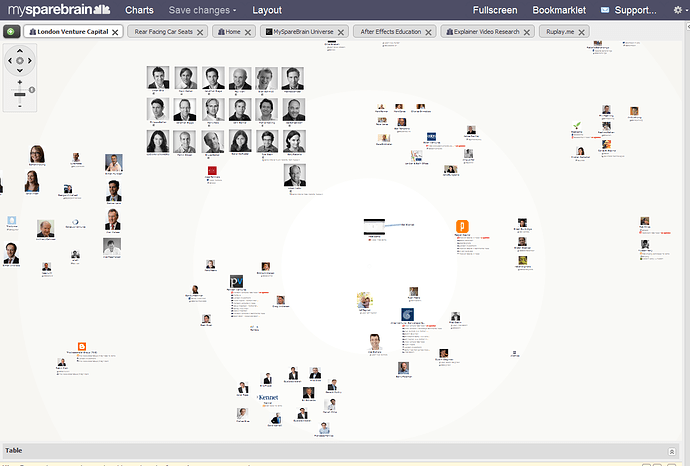 If you ever see any photos of me dotted around the interwebs holding brains in my hands, this is why… 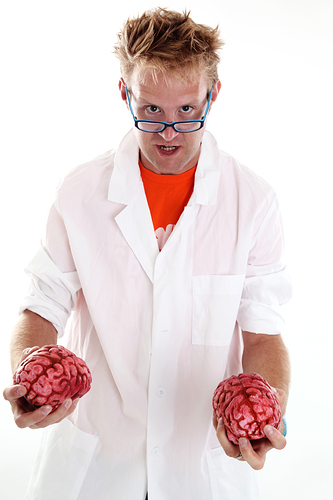 I was pretty cut-up after the relationship with Tim and Mysparebrain ended, but in what has become a customary response to depression and disappointment, my way of dealing with it was to face it head on and overcome it by taking back control. Despite walking away with nothing tangible to show for it, I was bought into Tim’s early vision and more importantly, when Tim disabled my Mysparebrain account, I was in desperate need of an alternative tool.

I remember vividly in one of my Christmas project sprints, designing, developing and working with my contract team to very quickly realise the type of tool I had in mind and wanted to achieve with MSB.

This was my first full stack rails app. It was built with Rails 3.something and made heavy use of Backbone.js for the UI, along with Raphael.js for the SVG-based drawing. 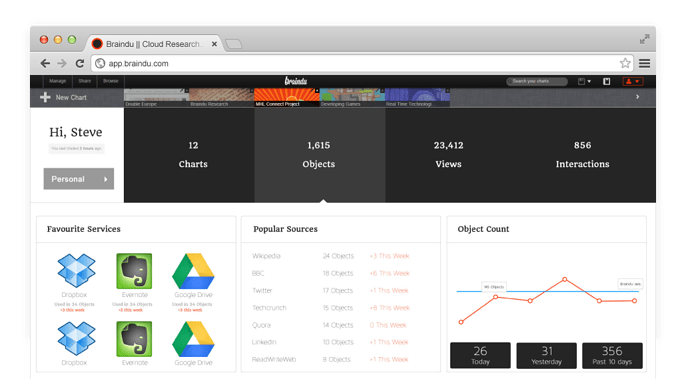 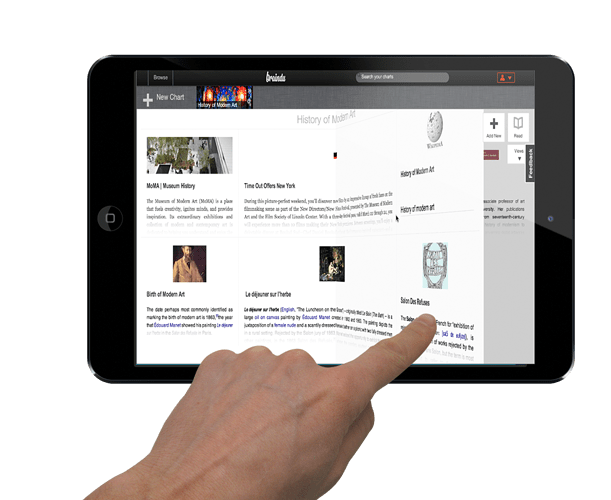 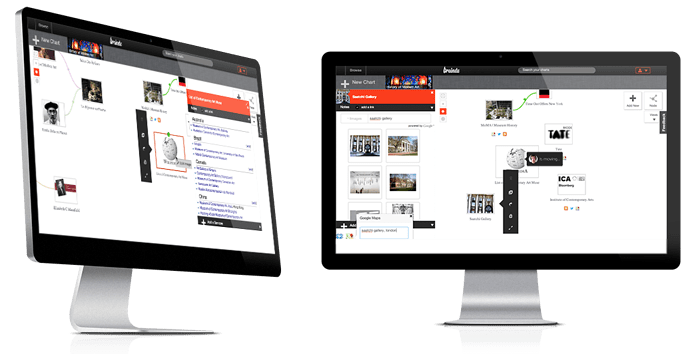 Unfortunately I didn’t have the bandwidth or finances to continue developing it, so it went by the wayside. However, it left a lasting impression.

Over the 2 years that it was in service, nearly all of my most significant achievements in technology from the period were originated in the form of a Braindu Chart. Starting with a blank canvas of a new Chart, with a challenge to build my first public facing API, to build a complete digital health platform, when I decided to really knuckle down and become a competent iOS developer - all of these were thanks to the process of gathering knowledge through this tool.

And so, the last few years I’ve had to make do without Braindu and MSB. Actually that’s not quite true, in certain aspects, a seemingly similar tool has served me well as an alternative - Mural.

Mural is a great tool, one that I considered an identical competitor product early on when developing Braindu.

But it’s not, and it’s taken me this long and the last 18 months of gut feel to realise that we were in pursuit of different things. Whilst Mural is an indispensable part of my workflow in some ways…

It actually fails in one important way to deliver what I need and left me wanting.

When I started to get more deeply interested in Blockchain & Cryptocurrencies last year, it was the icing on the cake. I was literally stumped without this tool - all the information, the browser tabs, the notes, the sources, the links, the documentation, the community threads, the tweets - it was information overload… ARRRGHHH

Enough was enough. It was time to dust off the old material, go back to the old closet and get the old girl out again… and so Project Vulcan was born. Just for me. You’re not having it (not yet). I literally HAD to build this thing to satisfy my own needs rather than something that I might use and hope that others would to, which was a nice change…

So the plan is to make is the make Vulcan the ultimate blockchain and crypto knowledge tool, initially, for me. I’m not even concentrating on the UI much - since it’s just for me (did I mention that already?), it’s all about the reason for having it, the workflow, the process and the output as a result. When and if I come to share it with you guys, then rest-assured, it will be somewhat more finessed.

But needless to say, the old habits have kicked straight back in and I’m already mapping out my life again, from my exploration of Virtual Reality technologies, to mapping out project workflows - and it feels great! More to come as development continues. 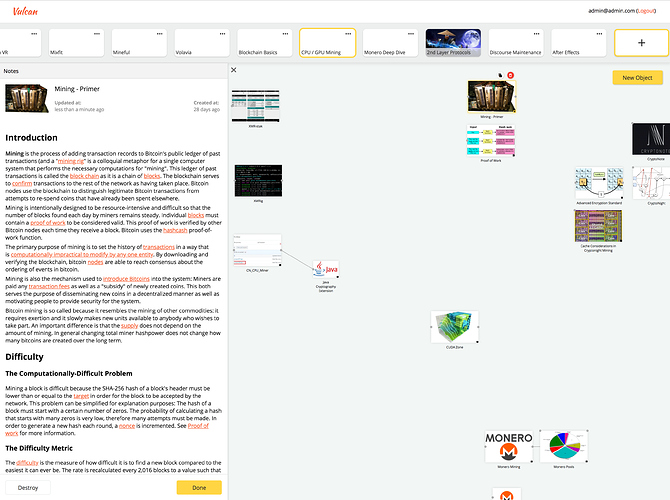 A post was split to a new topic: Vulcan: Transforms